You are here: Home / About Us / Jason Barber, MS 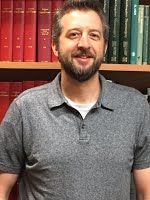 Jason Barber, MS is our “go-to” person when it comes to databases, reports, graphical presentations and  all things statistics.  He consults on many of the major TBI studies at the University of Washington and Harborview Medical Centers such as the TBI Model Systems and its modular projects which this cycle include ACCELR8,  TBI Care, LETBI, the BRITE study, CONTACT, BOOST, and the CBG study based out of Latin America.

Jason received his M.S. in biostatistics from the University of Washington in 2003, and has been working in TBI research since 1997.  For the past 14 years he has served on the Board of the Brain Injury Alliance of Washington, including two years as President, and plays a vital role in the BIAWA’s annual fundraising gala.  A Seattle native, Jason enjoys long-distance walking, backpacking, stair-climbing, playing pool, and watching Sounders games, and over his lifetime has amassed an unusual collection of baseball & soccer cards.

Find Something on Our Site

The University of Washington Traumatic Brain Injury Model System is made possible by a federal grant by the National Institute on Disability, Independent Living, and Rehabilitation Research (NIDILRR).

Be a part of the solution. Help ensure that TBI Model System research continues to improve the lives of those healing from a Traumatic Brain Injury.

Connect With Us Online